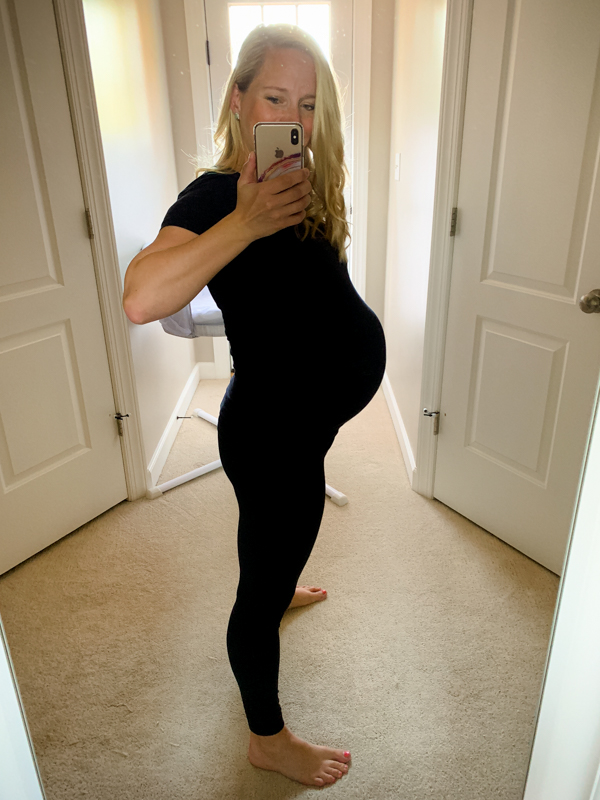 I’ve been naming my birthday blog posts 26+X for years, and just realized last night it’s kind of like my golden birthday again because I’m 26+10 on 10/26! I know I’m driving some of you a little insane with all the 26s on Instagram, but I really can’t believe how much I’m seeing it this year. If the baby doesn’t come today, then I guess the universe was just giving me lots of birthday cheer to get through all the waiting! But I sure hope he does : )

Oatmeal to start the day yesterday: 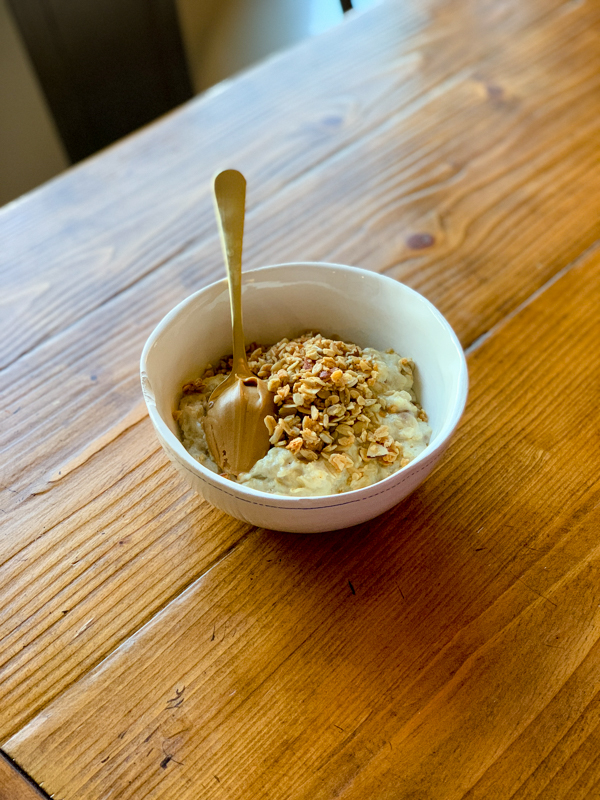 I took a long shower and even curled my hair. I’ve been living the Athleisure life because my jeans are just a bit too restrictive to lounge in, and I only have 3 pairs of maternity pants and very little cold weather maternity wear! I definitely can’t zip any of my jackets. Every time I take a shower and shave my legs I wonder if this will be my last long shower for a while.

I had a full day of appointments. First the chiropractor, then the OB for my non-stress test. Imagine my gasp when his heart rate flashed 126 upon strapping on the monitor! 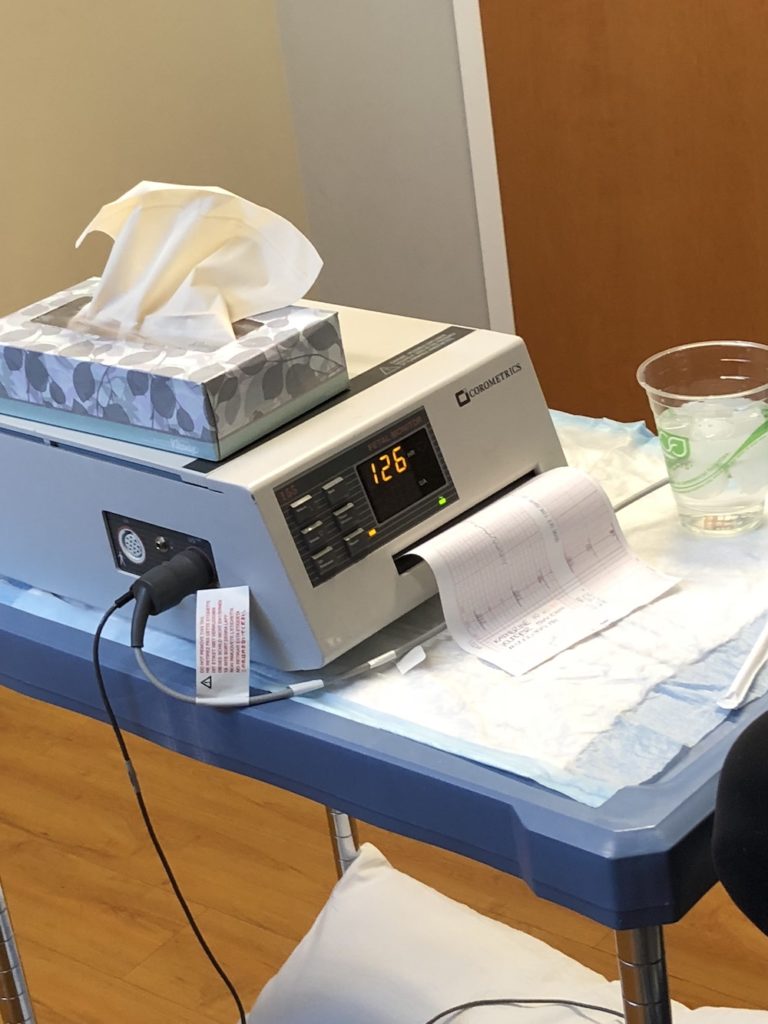 He passed that test with flying colors, thankfully. His heart rate was fine, and he was moving around a lot.

Thomas and I packed lunches, and I ate a PB&J, pita chips, and grapes in between appointments. We had an ultrasound after lunch which was exciting! Baby is head down, but he’s turned 90 degrees on his right side. I think this is why he hasn’t come out yet! He needs to turn towards the back and tuck his little chin to drop some more. Luckily the ultrasound looked good (fluid levels, placenta, etc.) We were prepared to possibly head straight to the hospital if something was wrong. 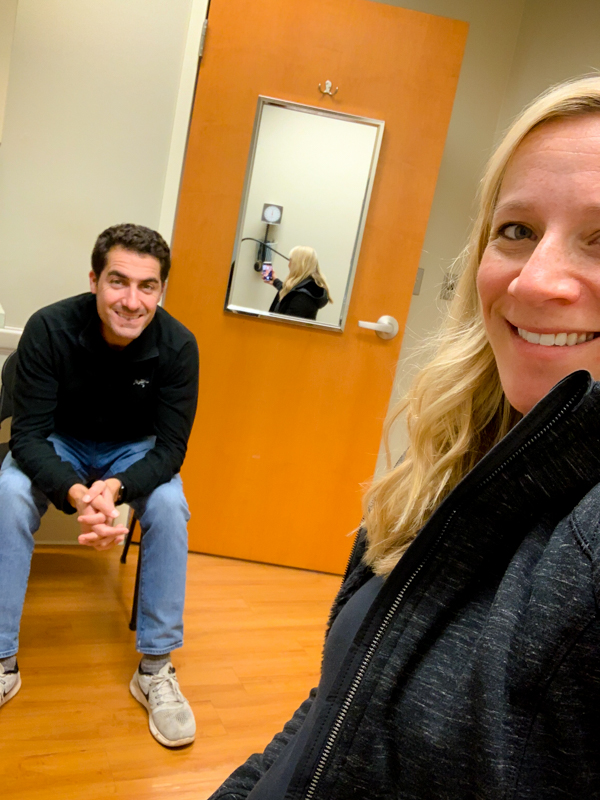 I talked to my doctor about a plan if he doesn’t come over the weekend. They offered to strip my membranes yesterday, but I wanted a few more days before we started messing around in there, so I’m planning to do that on Monday at 41 weeks, and if that doesn’t get labor going, I have an induction tentatively scheduled for Tuesday at 41+1. I asked if we could do as slow of an induction as possible, and she said yes. They would start with the cervical gel and then maybe break my water a few hours later. I really want to avoid pitocin. Since conditions down there are “favorable” she thinks if we do get to Tuesday I’ll just need the tiniest jump start. My water broke with Mazen at 41 weeks on the nose, so I think giving this guy an extra day and then inducing sounds like a good plan to me. I don’t really want to go all the way to 42 weeks…or November…

In an effort to get baby moving, I did some inversions and yoga poses for a while in the afternoon. He was moving around, but it’s so hard to tell if he changed positions at all. He’s been in this 90 degree spot for weeks. I know they can wait for labor to turn, so I’m not too concerned, I just want to do everything I can to help him! 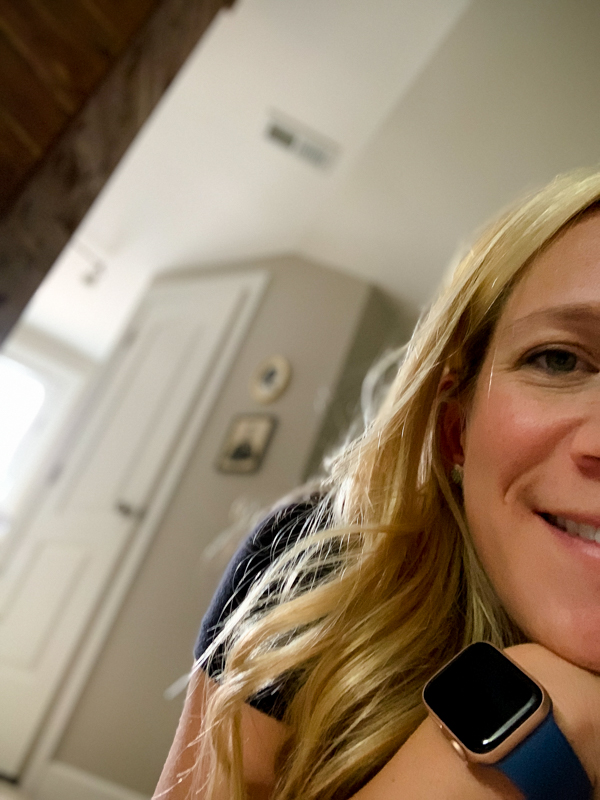 Mazen spent the night with Matt, and Thomas had volleyball so I watched the One Direction movie for entertainment!! It was so good. I know I’m not 13 years old, but I just think they are great. I’m so sad the group is split up – for now! If you want a pep in your step, go listen to some 1D! 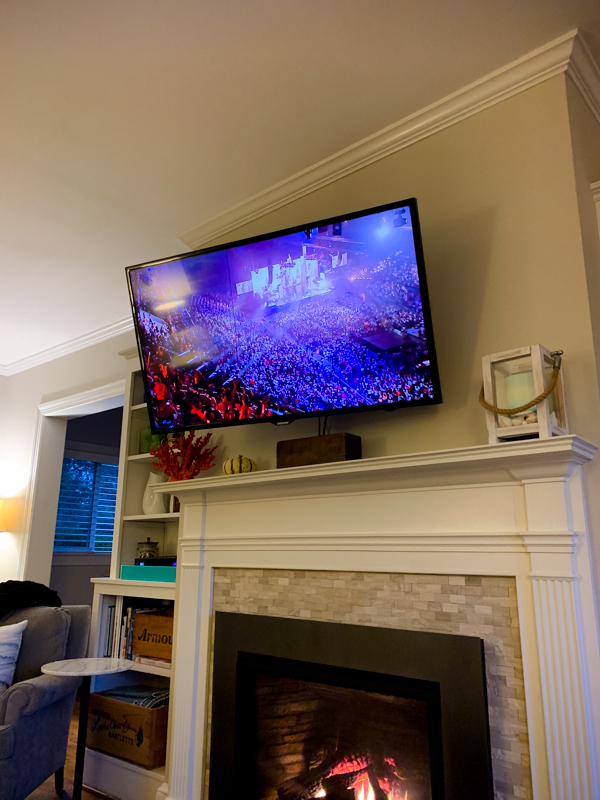 I had leftover pizza for dinner, along with red peppers for my “salad” – lol. That was the best I could do! Kombucha mocktail on the side. 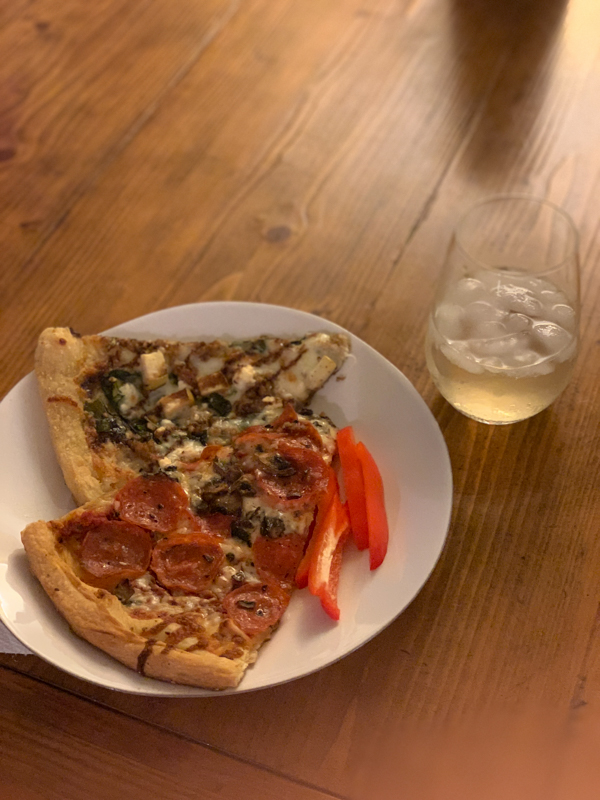 Plans for the day include a pedicure, a lunch, something with frosting, and family time. If the weather were going to be nice (it’s going to pour all afternoon) I was hoping to take Mazen to a farm or corn maze, but we’ll have to find indoor activities instead.